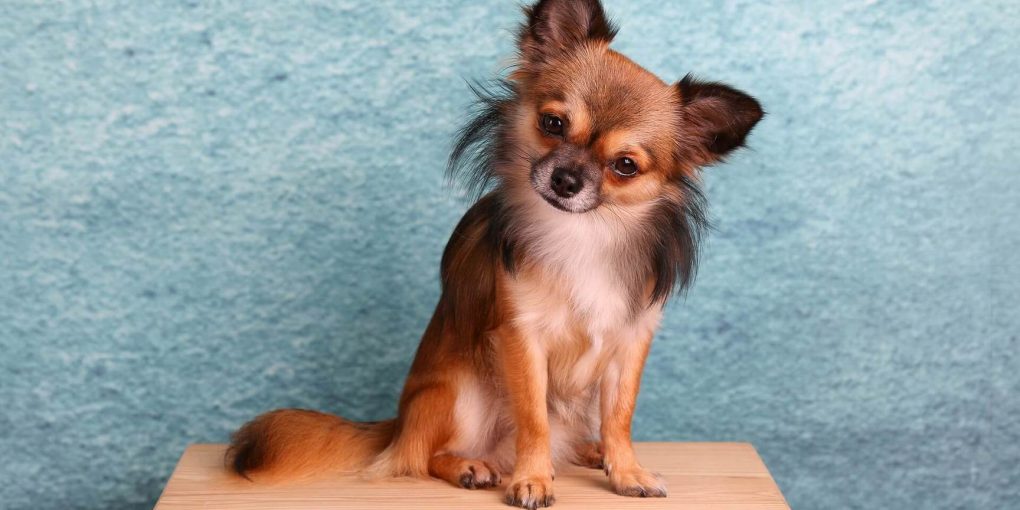 How smart is the Chihuahua Dog?

Chihuahua is considered to be one of the oldest dog breeds in the Americas. They are among the top-most recommended watchdog breeds by experts. The Chihuahua dog requires minimum training space, making it the perfect dog for the city.

Some basic facts about the Chihuahua dog are:

According to Hillspet, Chihuahuas are very loyal, and they love physical activity. They are also dominant to their owners, and very temperamental.

History of the Chihuahua in short 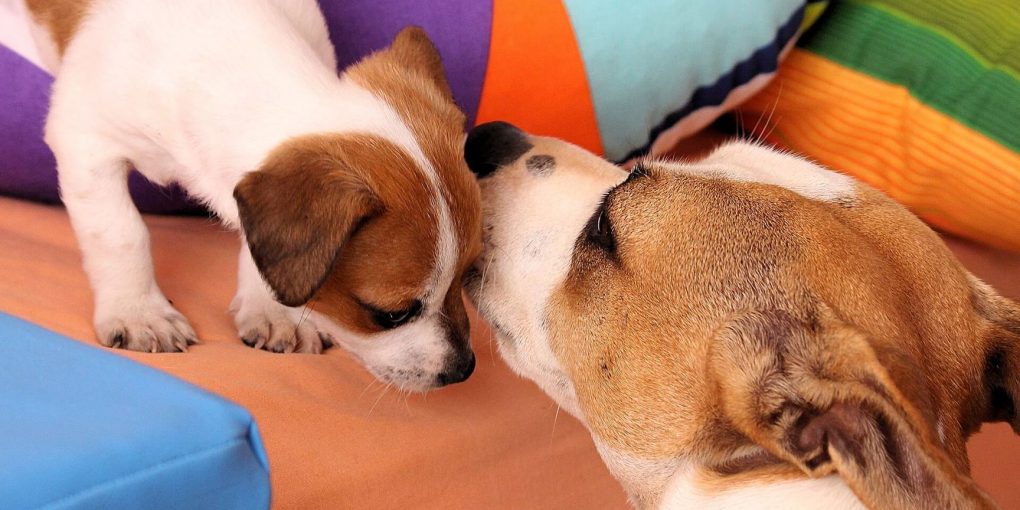 How to Take Care of Your Chihuahua’s Health

Every Chihuahua owner is usually amazed by how small and yet how imposing this tiny dog can be. Its personality speaks volumes, and its presence is addictive. However, what should also be put into greater perspective is its overall health, as they are generally a delicate breed.

According to PetchiDog, your Chihuahua’s health is dependent upon key elements such as:

All these elements, when carefully considered, can make your dog comfortable, happy and healthy.

Chihuahua Rescue Victoria states that some of the commonly reported health issues in the dogs include:

Ways to Keep Your Dog Healthy 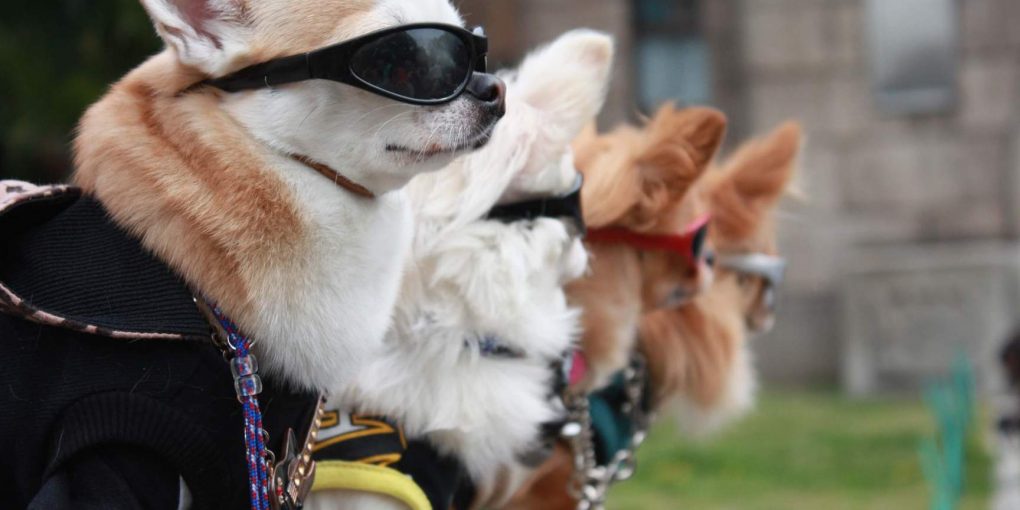 What Types Of Chihuahua Are There?

To those who have owned a Chihuahua, they can confirm that they come in different types. For the rest, they think all Chihuahuas are the same and look alike. There are several defined and distinct varieties. The question of what types of Chihuahuas are there can be addressed in several ways.

One thing to note though is that there are 2 different breeds of Chihuahua. Each breed is very unique from the other. For one, Chihuahuas have 2 coat lengths; long-haired and short-haired. Both coats might have patterned, a solid or mixed coat that is made up of white, black, chocolate, fawn and/or sable colors.

The body shape and size of Chihuahuas are different between breeds as well. A long-haired Chi has longer yet elegant legs. As for a short-haired Chi, it is normally stumpier and shorter. Having said so, it is great to discuss the various Chihuahua types currently available.

How Many Types Of Chihuahuas Are there? 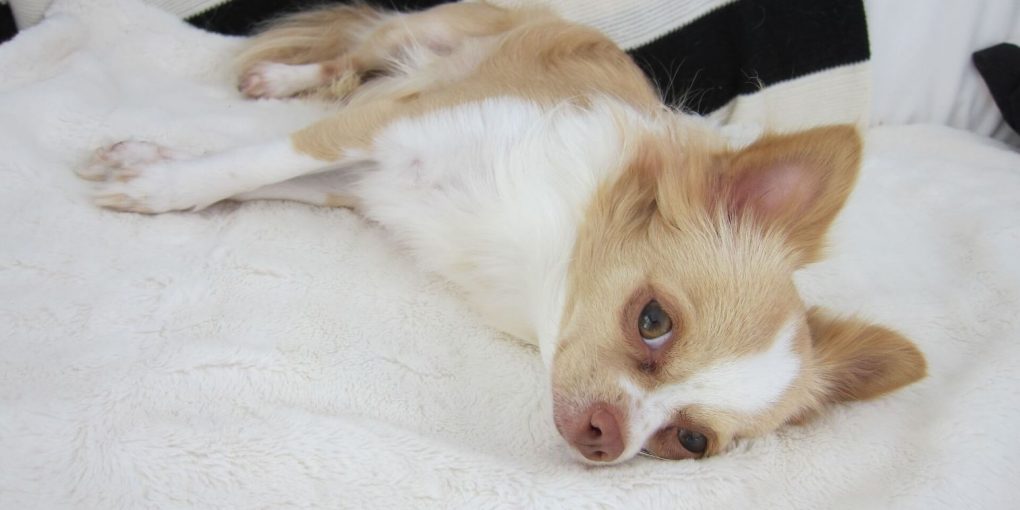 Easiest Ways of Maintaining Cleanliness of Your Chihuahua Dog

Your Chihuahua needs proper care in order to be happy and to prosper. This includes gentle but thorough cleaning. Grooming and especially the dog’s coat is important in keeping the animal as healthy as possible. It is because you are able to reduce any tangles and excessive shedding. Again, you are also able to eliminate allergens and dirt from your dog’s fluff, making it well cared for and loved.

According to Daily Puppy, maintaining cleanliness for a Chihuahua is easy. It is because these kinds of dogs are naturally lovable, loyal, and come with a pleasant temperament. As such, their owners can quickly freshen and spruce them up whenever they need this kind of care.

Typical grooming habits for your chihuahua include:

However, some cleaning methods need lots of dedication and time to ensure that your dog is actually clean. Again, some seasons are wet, cold, and hostile to bath your Chihuahua, which can subject your animal to chills and discomfort. In this case, you need much better ways to ensure that your dog remains both, clean and comfortable. 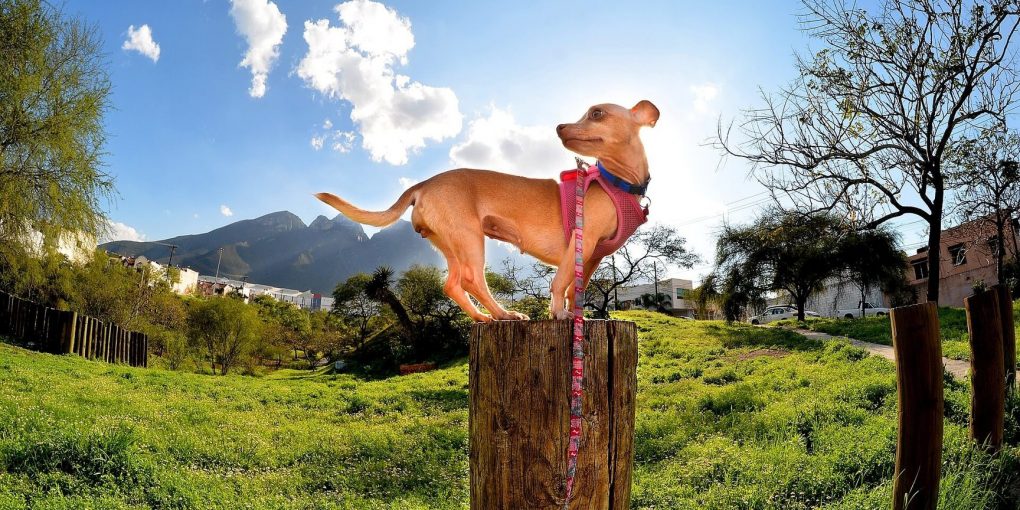 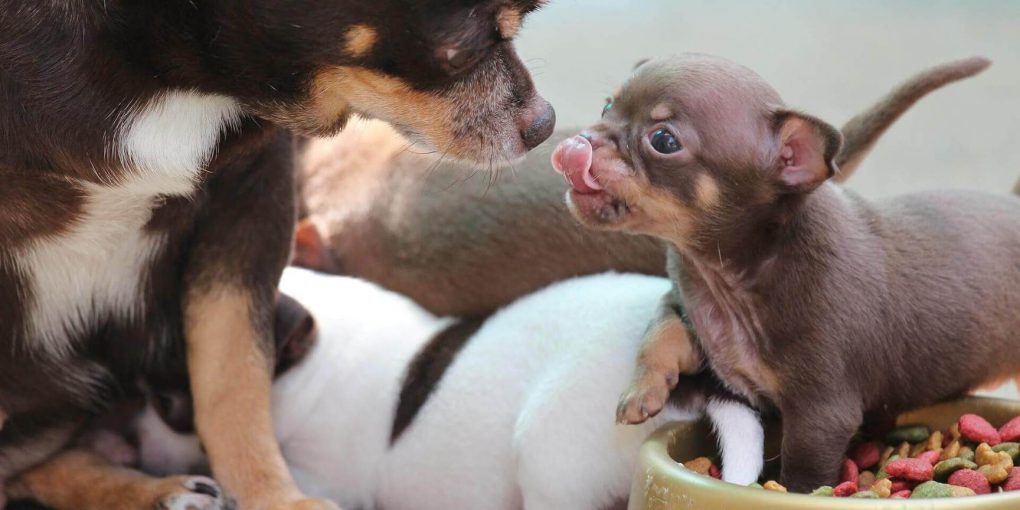 Chihuahuas are uniquely different from most dogs with their small stature accompanied by a similarly sized stomach deviating from the ordinary nutritional needs of the average dog. Therefore, standard foods available in the market will not cut it as you need to pick out a nutritional regime particularly suited to their energy and physiological requirements. And that’s exactly what we’ll be doing today as we help you separate the wheat from the chaff and pick out suitable chihuahua food in a market brimming with options:

The typical Chihuahua weighs about 6 pounds, give or take two, which according to an in-depth analysis means that the standard adult might need about 200 calories every day. That figure drops by 30 for older, neutered, or inactive dogs conversely rising for their active counterparts who need to about 25 calories more. When picking out your dog feed, match your dog’s energy needs to that of the product.

You can find more info on this calorie calculator right here and use it to get your pet’s exact needs: https://animalso.com/dogfood/breed/chihuahua/ 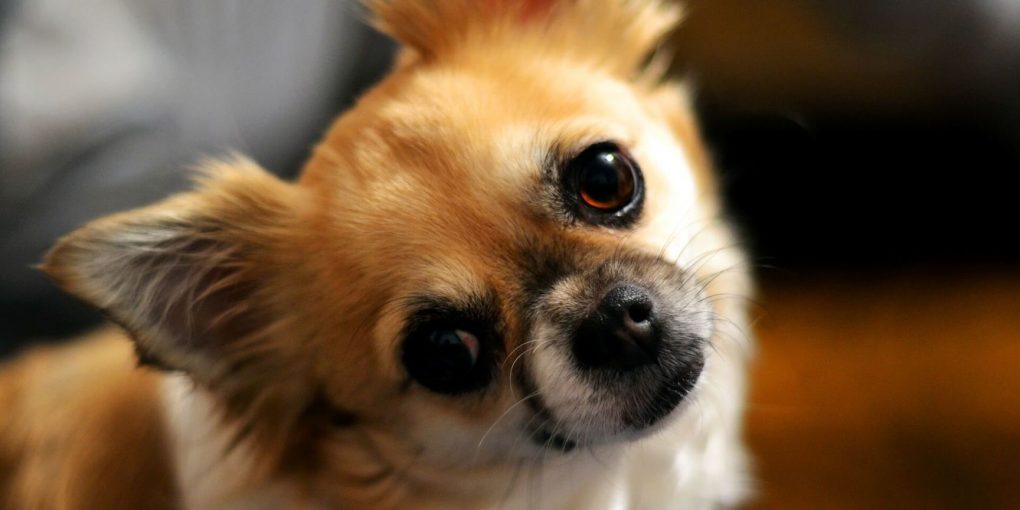 Chihuahuas are small dogs with a huge personality. Named after a state in Mexico, Chihuahuas come in a wide variety of colors, and two coat lengths.

The origin of the Chihuahua

Based on folklore and archaeological finds, the Chihuahua originates from Mexico. They are believed to be descended from the Techichi, a dog breed that was favored as a companion by the Toltec civilization. At some point during the 15th century, Chihuahuas were actually utilized as food by the Aztecs, who raised and sold them for this sole purpose. The dog breed was also used as a living hot-water bottle by the ill or the injured, with some strongly believing that this practice allowed the pain that humans felt could be transferred to the animal. The Chihuahuas we recognize today were a rarity until the early 20th century, with the American Kennel Club (AKC) registering a Chihuahua in 1904. 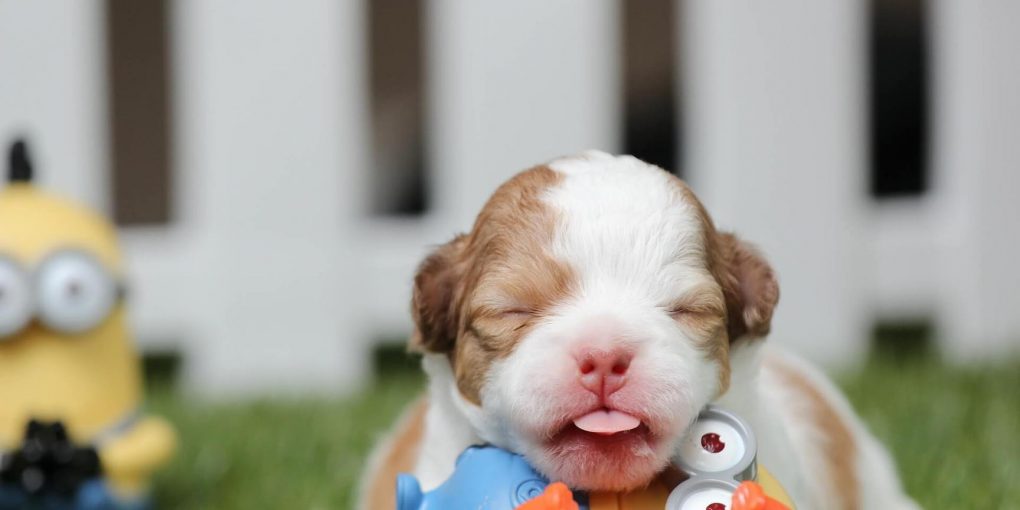 How to Choose Your Chihuahua Puppy

Having a pet gives one a sense of ownership and a reason to show some amount of affection to animals. Puppies constitute the largest number of pets owned by individuals. However, not all puppies are a darling to pets’ enthusiasts but only a few breeds have become the preferred choice for many. And Chihuahuas seem to be the favorite pet among different breeds of puppies today. The imagination of strolling in your neighborhood with your Chihuahua trailing you behind is quite inspiring and motivating especially to those looking to own pets in the near future. But the million-dollar question is, “how do you choose the perfect Chihuahua puppy?”

Paying your local breeder a visit in search of a new Chihuahua puppy could be an exciting time for you but selecting the right pet is yet another puzzle that needs a keen eye to solve. The following criteria will help you in making the right decision when it comes to choosing your perfect Chihuahua puppy. 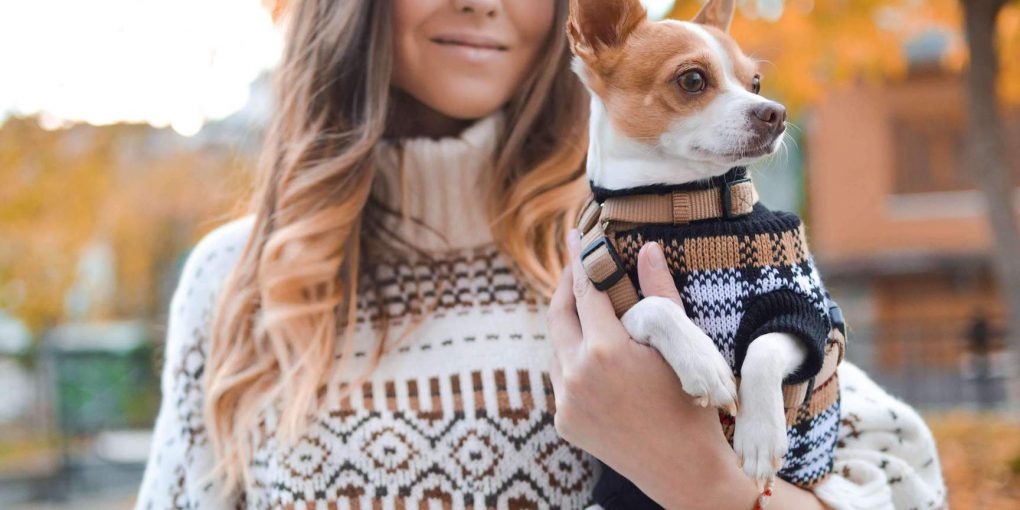 All you need to know about Chihuahua

Chihuahuas are loyal, entertaining, and comical small dogs. They are definitely brimming with a great personality – usually an eccentric and quirky personality that is different from other breeds.
Other than that, Chihuahuas are very variable. Just as you note that some people are placid, others are lively; some are timid others are bold; and some are eager to please others are stubborn.
What traits a Chihuahua adapts depends largely on the genetic temperament of his parents or grandparents.

Having said so, there are other important points you should know about these dog breeds. Without further due, let’s explore those points.

The Chihuahua temperament is properly socialized and raised should be sociable, excitable, and loving towards loved ones. Basically, these are happy dog breeds. They easily portray their true self when distanced from the rest of the world. However, they have a bad reputation for being a really poor company.